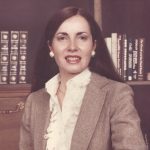 Babetta was born in Jackson Township on October 29, 1936 and was the daughter of the late John Martin and Marie (Prutzman) Hewitt, Sr.

Babetta grew up on the family farm in Lehman. She was as at home picking strawberries as she was lifting hay bales. Babetta, known as Bobbie to her friends, was active in school, in the band and on the field hockey and basketball teams. She graduated from the former Lehman High School in 1954. Bobbie attended Susquehanna University where she met her husband Gerald. While at college, she excelled in all women’s sports. She was president of the Women’s Athletic Association. She held memberships in Alpha Delta Pi sorority, Tua Kappa and the Biemic society. Bobbie graduated with a Bachelor’s degree in Chemistry and Biology.

She moved gracefully into motherhood; was a classroom parent, sewing costumes and providing treats, she was a Brownie leader and Little League coach. She actively participated in Lake Lehman Band Sponsors for years, chairing multiple spaghetti dinners to buy uniforms and proudly attended many competitions, concerts, musicals, plays and sporting events to encourage her children and grandchildren. She loved gardening, planting and nurturing the plants and flowers around her home. She also loved to read, particularly about horticulture and birds. Babetta made the family house a home, full of support, comfort and unconditional love.

In addition to her parents, she was preceded in death by her brother John M. Hewitt, Jr.

A limited viewing followed by a private funeral service for the immediate family will be held at the Corcoran Funeral Home, Inc., 20 South Main Street, Plains, PA 18705. Private interment will be held in the Bernstein’s Family Cemetery, Lehman Twp.

Due to the ongoing pandemic, a memorial gathering for extended family and friends is planned for summer of 2021.