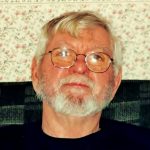 Born January 19, 1934 in Plymouth, PA, he was the son of William Carey and Elizabeth Williams-Carey. He attended Larksville High School, where he played on both the football and basketball teams. It is also where he met his wife, the former Florence Good. They were married at St. Anthony’s Church in Larksville on August 23, 1952.

Timothy worked as a lineman for Jersey Central Power and Light Company for 45 years. Working long hours to provide for his wife and 9 children often kept him away from his family, sometimes missing out on the joy of holidays and special events. However upon his retirement, he did his best to make up for lost time by regularly visiting the homes of his children, always being in attendance at his grandchildren’s sporting and other events, and playing an active role in their lives. He loved entertaining his grandchildren in his beloved “den” playing pool, dancing and singing fun songs with them. He also enjoyed a close relationship with his sister, “Suz” and his extended family.

He was a quiet man who took a great deal of pride in his Irish heritage, often wearing a green sweatshirt and even once dying his hair green for St. Patrick’s Day, which unfortunately lasted for weeks instead of days. Dad enjoyed fishing for fluke and blues, watching the boats pass by on the Hudson Bay, and daily walks through his neighborhood regardless of the weather. He loved photographing his family at the most inopportune moments, when we were very busy, in a hurry or just looking our worst. But he lovingly filled many albums with photos of his children and grandchildren of whom he was very proud. He will be greatly missed.

In addition to his parents, and his Uncle and Aunt, Edward and Esther “Mom” Hummer, Timothy was preceded in death by his wife, Florence, step-mother, Ann, brother, William, and his grandson Elwood Weaver.

He is survived by his children; sons, Timothy (Sharon), of Shickshinny, Robert (Shelly) of West Chester, Joseph of Hanover, David (Nancy) of Bluffton, SC, John (Dee) of Trucksville, Edward (Molly) of Wyoming, daughters, Sandy Graessle (Gary), of Long Pond, Lorie Skudalski (Rick), of Trucksville, Eileen Rosentel (Richard) of Factoryville. He is also survived by his sixteen grandchildren and fifteen great-grandchildren, who provided him with joy each and every day, as well as his sister Elizabeth Susan Beurer of Kennilworth, NJ.

In lieu of flowers, contributions, if desired, may be made out to “MOA RX FUNDING” and mailed to Medical Oncology Associates, 382 Pierce Street, Kingston PA 18704, with “In Memory of Florence and Timothy Carey” in the Notes area. This fund helps pay medication costs for patients with limited resources.