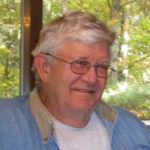 Robert C. Boyer, 75, of Nanticoke, passed away Saturday morning, August 12, 2017 at Celtic Hospice, Geisinger South, Wilkes-Barre, with his family by his side.

Robert was a graduate of Hazleton High School and was a Navy Veteran of the Vietnam War, serving aboard the U.S.S. Salamonie.

Robert worked in refrigeration and air conditioning for Local Union 13, Rochester N.Y., until his retirement. He was a member of the Nuangola Rod and Gun Club; Sportsman Club of Sodus Point, N. Y.; and the National Rifle Association.

Memorial donations if desired may be made to the SPCA of Luzerne County 524 East Main Street, Wilkes-Barre, Pa. 18702.