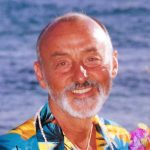 Born March 4, 1939 in Wilkes-Barre, PA, he was the son of the late James C. and Nicoletta (Graziano) DeCinti.

He was a graduate of G.A.R. Memorial High School, Wilkes-Barre, Class of 1958 and was an Army Veteran, serving from 1961 to 1963 at Ft. Hood, Texas.  Upon his honorable discharge from active service he was employed by Local Union #38 Insulators as an Asbestos Insulator, retiring after 32 years.  Pat remained with Local #38, serving 50 years.

He and his wife the former Elizabeth Johnson celebrated their 58th wedding anniversary on April 25, 2022.

He was preceded in death by his infant daughter Elizabeth DeCinti, brothers Gerald and Louis DeCinti.

A Mass of Christian Burial will be held Monday, December 12, 2022 at 10:00 am at St. Maria Goretti Church, 42 Redwood Drive, Laflin, PA with Father Alex Roche, Pastor, officiating.  The Parish Rosary Group will pray the Divine Mercy Chaplet and Rosary in the Church 30 minutes before the Mass. All are invited to attend. Those attending the funeral mass, please go directly to church Monday morning. Private family interment will be held in St. Mary’s Cemetery, Hanover Twp., PA. Family and friends may call Sunday, December 11, 2022 from 3:00 to 5:00 pm at the Corcoran Funeral Home, Inc., 20 South Main Street, Plains, PA  18705.