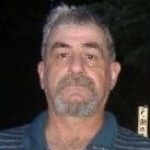 Michael A. Lazovich, 59 of Plains Township, passed away Thursday morning, January 10, 2019 at the Wilkes-Barre General Hospital, after a lengthy illness.

Born in the Miners Mills section of Wilkes-Barre, he was the son of the late Sylvester “Chet” and Mary Ann (Coffay) Lazovich.

Mike was a graduate of James M. Coughlin High School, Wilkes-Barre, an was an Air Force Veteran. He was employed at U.S. Food Service as a supervisor until his retirement. He was an avid Los Angeles Rams fan.

He was preceded in death by his son Mark Lazovich.

Surviving are his wife of 31 years the former Sandy Gorski, Plains, children, Michael Lazovich, Wilkes-Barre, Andrew Lazovich, Amanda Lazovich and her fiancé Steve Fox, and Candis Lazovich, all of Plains, grandchildren Aiden, Dylan, Michael, and Lucas Lazovich, sisters Mary Yurgaitis and her husband Charles, Tina Barber, and her husband Chip, all of Hanover Township, and Linda Motsko and her husband Barry, Plains, nieces and nephews.

Funeral services for Mike will be held Sunday, January 13, 2019 at 3:00 pm at the Corcoran Funeral Home, Inc., 20 South Main Street, Plains, PA 18705. Private interment will be held at the convenience of the family. Family and friends may call Sunday from 1:00 pm until the time of service at the funeral home.