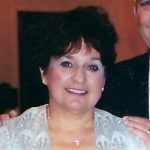 Born in Plains, she was the daughter of the late Michael A. and Mary (Balent) Petrick.

She was a member of the Jewish Community Center, Kingston and was an avid Pittsburg Steelers fan.

She was preceded in death by her Husband James J. Stadulis on November 4, 2008, brothers Michael, Albert, Leonard, and Joseph Petrick; and her Sister Alberta Rowny.

Funeral will be held Tuesday, August 10, 2021 at 9:30 am from the Corcoran Funeral Home, Inc., 20 South Main Street Plains, with a Mass of Christian Burial at 10:00 am in Saints Perter and Paul Church, 13 Hudson Road, Plains. The Funeral Mass will be live streamed on the Saints Peter and Paul FACEBOOK Page.  Interment will be in Mount Olivet Cemetery, Carverton section of Wyoming.

Family and friends may visit Monday evening from 5:00 to 7:00 pm and the Funeral Home.

Memorial donations if desired may be made to The Fatima Grotto, C/O Lay Servants of the Immaculate Heart of Mary, Inc., P.O. Box 1323, Wilkes-Barre, PA  18703 in Mary Ann’s memory.