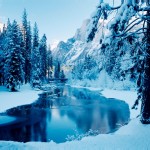 Lorraine A. Caccia, 87 of Wilkes-Barre, passed away Wednesday morning, December 14, 2016 at the Wilkes-Barre General Hospital.

She was preceded in death by her husband Rudolph Caccia and her brothers and sister.

Funeral services will be private and held at the convenience of the family from the Corcoran Funeral Home, Inc., 20 South Main Street, Plains, PA.