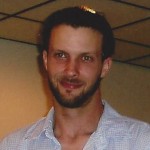 James Wincek, 37 of Plains Twp., passed away suddenly on Tuesday, November 10, 2015 at his home from natural causes.

Born in the Parsons section of Wilkes-Barre, he was the son of Ronald & Michele (Zomerfeld) Wincek of Parsons.

James, aka Jimmy Kid, Jimbo, and Jim the Builder was always a sports oriented person throughout his entire short life. He played Little League and Teener League Baseball and soccer growing up in Parsons. In high school, he went on to participate in track and field. Later on in life he played softball, he golfed and his latest passion, bowling. After bowling a perfect game he received a perfect “300” ring in 2013.

James was an Eagle Scout earning the award in 1993 from Troop 100, Plains. James would never back down from any problem. Somehow he would figure it out. His true passion was carpentry. After trade school, he went on to work for T.C. Finishers. When work had slowed in the home building industry, he then went on to work for Penn Dot as a bridge inspector. He was a person who would never ask for help and wouldn’t hesitate to help anyone in need. James made countless friends while performing all types of remodeling projects which was done with the utmost professionalism.

Music was another passion of James. You could never stump him on a song title or artist. In his day, he sang the best rendition of L.A. Woman by The Doors, one of his favorite songs. His brother Chris will forever cherish the time they shared together and the time they spent traveling together. His sister Renee will always remember the way he would look over her. She was the only person he would allow to call him “James”. Renee and her brother always had a close bond since they were young children. His impact and love will be deeply missed by all.

He was preceded in death by his Paternal Grandfather Leonard Wincek, Maternal Grandparents Rita and Casimir Zomerfeld, and his Uncle Robert Wincek.

Surviving in addition to his parents Ron and Michele, are his Brother Chris, Jensen Beach, Florida, his Sister Renee, Wilkes-Barre Township, his Paternal Grandmother Mary Wincek, Plains, his girlfriend Shannon Lada, Wilkes-Barre, and many Aunts, Uncles, and Cousins.

A Mass of Christian Burial will be held Monday, November 16, 2015 at 9:30 am in SS. Peter & Paul Church, 13 Hudson Road Plains, PA 18705 with Father John C. Lambert, pastor, officiating. Those attending the funeral are asked to go directly to church Monday morning. Interment will be held in St. John the Baptist Cemetery, Exeter. Family and friends may call Sunday, November 15, 2015 from 4:00 to 7:00 pm at the Corcoran Funeral Home, Inc., 20 South Main Street Plains, PA 18705.

Memorial donations may be made to the charity of one’s choice in James’ memory.