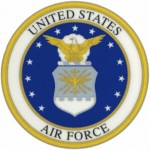 Born in Wilkes-Barre, he was the son of the late George and Mary (Brinko) Ritsick.

George attended Plains Memorial High School, and was an Army Air Corps Veteran of World War II, serving aboard B-24’s as a gunner. Upon his discharge after World War II, George enlisted in the United States Air Force, serving for 20 years, retiring in 1967 with the rank of Staff Sergeant. He was then employed by Muskin Pools of Wilkes-Barre until his second retirement.

He was a member of the Plains American Legion, Joseph E. Conlon, Post 558, and St. Elizabeth Ann Seton Parish, Swoyersville.

He was preceded in death by his wife the former Bernadine Chrzanowski on April 5, 2005, brothers John and Joseph Ritsick.

Funeral will be held Friday, November 27, 2014 at 9:30 am from the Corcoran Funeral Home, Inc., 20 South Main Street Plains, PA 18705, with a Mass of Christian Burial at 10:00 am in St. Elizabeth Ann Seton Parish, 116 Hughes Street Swoyersville, PA 18704, with Father Joseph J. Pisaneschi, pastor, officiating. Interment with Military Honors will be held in the Holy Trinity Cemetery, Swoyersville.

Friends and family may call Friday morning from 8:30 am till 9:30 am at the funeral home.