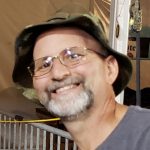 Dave was a graduate of James M. Coughlin High School, Wilkes-Barre, Class of 1981 and was employed as a material handler at Pride Mobility.

Dave was a friendly, kind, compassionate soul that would do anything to help anyone. His smile and presence will be greatly missed. He was a diehard Raiders fan, loved the New Jersey Devils and was an avid concert goer.

He and his wife the former Cynthia A. Burcha celebrated their 29th wedding Anniversary on October 19, 2020.

In addition to his father Dominick, he was preceded in death by his Godson Ryan Zawada.

Funeral services will be private and held at the convenience of the family from the Corcoran Funeral Home, Inc., 20 South Main Street, Plains, PA 18705.