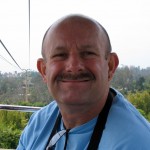 Clark W. Hiestand, 61, of Wilkes-Barre, and formerly of San Diego, California, died Sunday afternoon, October 16, 2016 at his home with his family by his side.

Born in Escondido, California, he was the son of the late Elmer and Tillie (Crosby) Hiestand.

Clark love gardening and anything associated with nature. He had a fabulous sense of humor and loved his family and friends.

Preceding Clark in death in addition to his parents are his Brother Vernon Hiestand, Sister Shirley Wilkens and infant Sister Joyce Marie.

Memorial donations if desired may be made in Clark’s name to St. Stephen’s Episcopal Church 35 South Franklin Street, Wilkes-Barre, PA 18702.