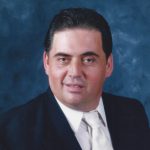 Born in Dansville, New York, Bruce was the son of the late Glenn and Joyce (Conrad) Ebert.

Bruce was a graduate of Dansville Central High School, Dansville, NY, Class of 1971.

He was an Air Force Veteran of the Vietnam War, serving from 1972 to 1976, attaining the rank of Sergeant. Upon his honorable discharge from active service, Bruce was self-employed as an owner/operator as an over the road truck driver for 38 years, until his retirement.

Bruce and his wife Diane celebrated their 20th wedding anniversary on October 21, 2020.

He was preceded in death by his brothers Daniel and Randy Ebert, sister-in-law Kerin Ebert, brother-in-law Stephen Janis, and in-laws Stanley and Dolores Janis.

Funeral services will be private with inurnment in Saints Peter & Paul Cemetery, Plains, PA. Arrangements entrusted to the Corcoran Funeral Home, Inc., 20 South Main Street, Plains, PA 18705. A Celebration of Bruce’s Life will be held at a later date in Dansville, NY.

Memorial donations may be made to Wounded Warrior Project, at www.woundedwarriorproject.org/donate or to St. Jude Children´s Research Hospital, 262 Danny Thomas Place, Memphis, TN 38105 in Bruce’s memory.