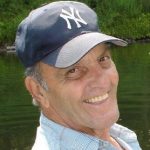 Anthony was born in Yatesville, PA to Placido Lizza and Christine Naples on December 12, 1936. He went to school at Jenkins High School and served in the Army National Guard.

He married the love of his life of 60 years, Bernadine Virginia (Magdalinski) Lizza on September 23rd, 1961. After retiring from Leslie Fay, where he worked for 25 years, he had the pleasure to work at the side of his two sons, James and Christopher, at Lizza’s East Side Auto in Plains, PA.

A private viewing and funeral services will be held for immediate family members. Burial will follow at St. John’s Cemetery in Pittston, PA, with all arrangements made by Corcoran Funeral Home, Inc., 20 South Main Street, Plains, PA 18705.