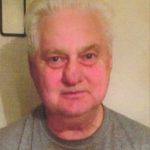 Born in Plains Township on November 5, 1944, he was the son of the late Michael and Alice (Hatkow) Katsock.

Allan was a graduate of Plains Memorial High School, where he excelled in sports.  He was All-Scholastic in baseball, basketball and football and honorable mention All-State. He attended Colorado State University where he played both football and baseball.  He was employed as a Pennsylvania State Trooper until his retirement.

Allan was a member of Saints Peter & Paul Church, and formerly served as an usher, and was a member of the Plains Sports Hall of Fame.  Al was a PIAA sports official for baseball, softball, football, and basketball, and coached Plains Little League.

He was preceded in death by his brother Michael Katsock, Jr., sisters Nancy Radzville and Julia Elinchik and his infant sister Marie Julia Katsock.

Funeral will be held Tuesday, November 22, 2022 at 9:30 am  from the Corcoran Funeral Home, Inc. 20 South Main Street, Plains, PA  18705, with a Mass of Christian Burial at 10:00 am in SS. Peter & Paul Church, 13 Hudson Road, Plains, with Father John C. Lambert, Pastor, officiating.  A Live Stream of the Funeral Mass will be on Saints Peter & Paul Parish FACEBOOK page. Interment will be held in the parish cemetery, Plains.  Family and friend may call Monday evening from 5:00 to 7:00 pm at the funeral home.