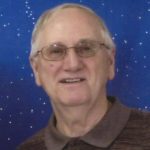 William “Whitey” Hockenbury, 72 of Mountain Top, passed away September 30, 2018 from complications of ALS.

He was the son of the late Mahlon and Sarah (Pickett) Hockenbury, Sr.

He was preceded in death by his brothers Harold, twin brothers Mahlon and Frederick; Roy, and Robert.