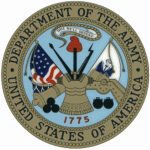 On Thursday June 8, 2017 at the age of 85, William J. Zelinski of Plains passed away at St. Luke’s Villa Wilkes-Barre where he had been a resident for the past 10 months.

Bill was born in Wilkes-Barre on August 27, 1931 to the late Mary (Crawley) Zelinski and William Zelinski.

He was a graduate of James M. Coughlin High School and attended Wyoming Seminary Business School and Kings College. Bill enlisted in the Army during the Korean War and was stationed in Germany and France in the Quarter Master Corp. and was discharged with the rank of Corporal. Bill was married to the former Diane Mastrini on October 2, 1954 in Sacred Heart Church, Plains, where they were faithful members until its closure and merger with Saints Peter & Paul Church. They celebrated 62 years of marriage in 2016.

He was a member of Saints Peter and Paul Church, Plains and a Life Member of VFW Post 283, Kingston.

In addition to his parents he was predeceased by several aunts, uncles and cousins.

In addition to his wife Diane he is survived by his daughter Connie Bogumil and her husband Christopher, Plains, grandsons Adam Bogumil and his fiancée Samantha Heck, Charlotte NC and Nicholas Bogumil, Ross University, St. Kitts. He will also be missed by his best buddies Marshmellow, Dakota and Hope.

The family wishes to express their sincere gratitude to his PCP Dr. James Galasso and his staff for the many years of wonderful care provided to Bill. Also appreciation to St. Luke’s Villa where he had resided for the last 10 months with a special thanks to the nurses Caroline, Karen, Mary and especially Julie ; the aides, especially “L”; the activity staff especially Sandy and Mary Ann and Brenda from the housekeeping staff.
A special thank you to Sister Maureen for your kindness, warmth and support.

Sincere appreciation is extended to the staff of Compassionate Care Hospice, especially Chris Getz, Jennifer Mangan and Milcia Reinhart who provided excellent care and support to Bill and his family during his final days and to Chrissy Jacoby, Mary Burke and Carol Burti of Aseracare Hospice for their unending love, kindness and support.

Bill always had a special place in his heart for animals and a memorial donation to the SPCA of Luzerne County, 524 E. Main Street, Wilkes-Barre, PA 18702 in his honor would be greatly appreciated. We are sure that the drums are beating, the polkas are playing and the ice cream is being eaten freely today in heaven.