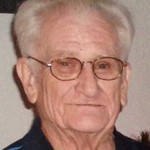 Born in Swoyersville, he was the son of the late George and Anna (Heveri) Mattey.

Walter was an Army Veteran of World War II, serving in the Pacific Theatre and resided in Plains Township for the past 50 years.   He was a member of Sacred Heart Church, Plains, until it merger and currently a member of SS. Peter and Paul Church, Plains.  He was also a member of the Plains American Legion, Joseph E. Conlon, Post 558.

Walter can always be remembered for walking around town, stopping for a kind word, and a big smile for everyone.

Walter’s family would like to thank Associated Family Care for their help and wonderful care of Walter.

Funeral with Military Honors will be held Tuesday, March 4, 2014, at 9:00 a.m. from Corcoran Funeral Home, Inc., 20 South  Main Street, Plains, with a Mass of Christian Burial at 9:30 a.m. in SS. Peter and Paul Church, 13 Hudson Road, Plains, PA  18705. Interment will be held at the convenience of the family in Chapel Lawn Memorial Park, Dallas.