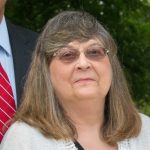 Susan Mae Landes, 63, of Tunkhannock, passed away Saturday morning, January 9, 2021 at Allied Services Hospice Center, Scranton, with her family at her side.

Born in Plains on January 26th 1957, she was the daughter of the late William and Shirley Mae (Logan) Kozerski.

Susan was a graduate of James M. Coughlin High School, Wilkes-Barre, Class of 1974 and was employed as restaurant manager for Friendly’s and Franklin’s until her retirement. She then became a fierce and tireless advocate for special needs education and development. She was member of the Assembly of God Church, Tunkhannock.

Susan enjoyed doing craft’s and was dedicated to her Children and Grandchildren.

She was preceded in death by her son Barry Matthews on June 5, 2016.

Memorial donations if desired may be made to Tunkhannock Assembly of God Church Youth Fund, 181 Bridge Street, Tunkhannock, PA 18657.