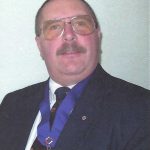 Stanley J. Neishel, Jr., 68 of the Hudson section of Plains Township, passed away Sunday afternoon, September 12, 2021 at the Wilkes-Barre General Hospital with his wife Patty at his side.

Born in Hudson, he was the son of the late Stanley “Dave” and Kathryn (Blihar) Neishel.

Stanley was employed by the Hazleton Broadcasting Company, WAZL-AM and was named Production Director/Copy Writer from 1973 until 1976.  In 1976 Stan took a position with WMJW-FM in Plymouth Township and became an Account Executive for the new radio station.  In 1977 he became an Account Executive at WBAX-AM until 1979.  In 1979, WILK-AM had a position open for a Production Director and Stan moved to that station until 1985, when he moved to WARM-AM and WMGS-FM, also known as Magic 93.  At WARM/Magic 93, Stan was Production Director and won many awards for his commercials from the Northeast Pennsylvania Advertising Club.

In the 1990’s Stan worked as a community writer for the Plains Township area and his weekly column “Plains Patter” was an immediate success.  In 2000, the First Union Arena in Wilkes-Barre Township had a position open for a part time audio engineer and Stan won the position.  He greatly enjoyed being the audio man for the Wilkes-Barre/Scranton Penguins Ice Hockey Team, and the Wilkes-Barre/Scranton Pioneers Arena Football Team.   Most recently, he was employed as a staff event usher at the Mohegan Sun Arena.

Stan served his community of Plains as a Little League Baseball Coach and Soccer Coach.  He was also involved with Fathers Club 100 which promotes Boy Scouting in Plains Township.  Stan also loved the great outdoors, and loved to go hunting and fishing with his friends and especially his son David.  He also loved to fish in Canada with his family and friends.

Stan was a very active member of St. Joseph’s Church, Hudson, where he was a member of parish Men’s Society, served as an Adult Altar Server and Eucharist Minister, and was Chairman of the church festival three times.  Upon St. Joseph’s closure and merger with Saints Peter & Paul Parish, Stanley became involved with the parish serving as an Usher and Eucharist Minister.

In 1980, Stan became a member of the Knights of Columbus and worked his way through “The Chairs of the Council.”  He is Past Grand Knight of Council 302, Wilkes-Barre, has been involved in many Knights’ projects and was also a member of the Bishop Hafey Assembly 4th Degree Knight’s Color Corp.

Stanley was known for his witty personality and being something of a prankster.  He enjoyed drawing cartoons for his family and loved making the kids laugh at his jokes.  The kids also enjoyed getting a Big Bear Hug from Stan.

He was preceded in death by his sister Judy Torchia.

Funeral will be held Thursday, September 16, 2021 at 9:30 am at the Corcoran Funeral Home, Inc., 20 South Main Street, Plains, PA  18705, with a Mass of Christian Burial at 10:00 am at Saints Peter & Paul Church, 13 Hudson Road, Plains, PA, with Father John C. Lambert, Pastor, as celebrant, and Father Michael Kloton as co-celebrant.  A Live Stream of the Funeral Mass will be on Saints Peter & Paul Parish FACEBOOK page. Interment will be held in Sacred Heart Cemetery, Plains.  Family and friends may call Wednesday evening from 5:00 to 7:00 pm at the funeral home.