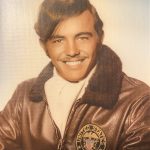 Born in Wilkes-Barre, he was the son of the late John & Jane (Nichols) Reese.

Bob was a graduate of James M. Coughlin High School, Wilkes-Barre, and was a United States Navy Veteran of the Vietnam War, serving from 1969-1973.  He was employed as a Fire Fighter for the City of Wilkes-Barre, until his retirement.

In addition to his parents, he was preceded in death by his sister Elaine Lainko and his brother Ned Reese.

Funeral services will be private and held at the convenience of the family.  Arrangements entrusted to the Corcoran Funeral Home, Inc., 20 South Main Street, Plains, PA  18705.