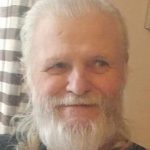 Richard R. Wachilla, 69 of Plains Township, passed away Friday, April 1, 2022 at his home with his family by his side.

Born in Plains, he was the son of the late John and Rosemary (Bucknavage) Wachilla.

Richard attended Plains Twp. Schools and was employed as a mason for Paragon Masonry of Princeton, New Jersey. He was a member of the Triangle Club, Miners Mills.

Private Funeral Service will be held by the family at a later date. Arrangements entrusted to the Corcoran Funeral Home, Inc., 20 South Main Street, Plains, PA 18705.

For additional information or to leave the Wachilla family a message of condolence please visit www.corcoranfuneralhome.com.