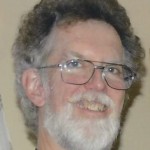 R.C. “Mac” Miller, 69 of Plains, Twp., passed away Thursday morning, December 15, 2016, at the inpatient unit of Celtic Hospice, Wilkes-Barre, after a courageous battle against Parkinson’s disease.

Mac was a graduate of Pottstown High School, and Wilkes University with a degree in Psychology. He furthered his education at Episcopal Hospital School of Nursing – Temple University, Philadelphia, earning his degree as a Registered Nurse.

Mac was an Air Force Veteran of the Vietnam War, attaining the rank of Captain. He served at Malcolm Grow Medical Center, Andrews Air Force Base, Maryland attending to the veterans returning home from Vietnam. Upon his honorable discharge from the Air Force, Mac continued to serve veterans as a registered nurse at the Department of Veterans Affairs Medical Center, Plains, Twp., until his retirement.

He was a member of Living Hope Bible Church, where he was an Elder of the Church. He was an experienced carpenter who loved the outdoors and enjoyed taking long bike rides, adoring God’s beauty.

He was preceded in death by his step-son Michael Shambora III.

Funeral Services for Mac will be held Friday, December 16, 2016 at 11:00 am at the Living Hope Bible Church, 35 South Main Street, Plains, PA 18705, with Rev. Mark Desilva, Pastor, officiating. Friends may pay their respects from 10:30 am until the time of service at church Friday morning. Interment will be held in Denison Cemetery, Swoyersville at a later date. Arrangements by the Corcoran Funeral Home, Inc., 20 South Main Street, Plains, PA 18705.

In lieu of flowers, Mac’s family requests Memorial Donations be made to Living Hope Bible Church, Plains, in Mac’s memory.