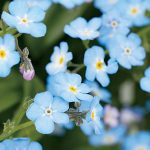 Patricia Yurchak, 85 of Larksville and formerly of Wilkes-Barre, passed away peacefully on Thursday, August 26, 2021 at her home.

Born in Plains Township, she was the daughter of the late William and Ruth (Harvey) Spring.

Patricia was a graduate of Plains Memorial High School.  She was a hard worker at Carter Rubber Footwear where she met Eugene Yurchak, who she later married and had a family with.

She was preceded in death by her husband Eugene, son William Yurchak, Sr., and brother William Spring, Jr.

Surviving are her daughter Mary Vital and her husband Joseph, Larksville, son Harold Yurchak, Wilkes-Barre, several grandchildren, great-grandchildren, and other family who will miss her very much.

Funeral services will be private and held at the convenience of the family from the Corcoran Funeral Home, Inc., 20 South Main Street, Plains, PA  18705.