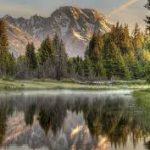 Michael Mykulyn, 96 of the Midvale section of Plains Township, passed away peacefully, Saturday morning, May 23, 2020 at the home of his daughter Susan. He finished his work, put his tools away, swept up, and went upstairs to be with the Lord.

Born in Wilkes-Barre, he was the son of the late Theodore and Anna (Choley) Mykulyn.

Michael was a graduate of James M. Coughlin High School, Wilkes-Barre, and was an Army Veteran of World War II. He was employed as a furniture finisher at United Furniture, Wilkes-Barre, until his retirement, and later worked at Kaufer Bros., Plains, until its closure.

He was a faithful member of SS. Peter & Paul Ukrainian Greek Catholic Church, Wilkes-Barre, the Wilkes-Barre American Legion, Post 0837, and The International Brotherhood of Teamsters, Local, 401. Michael was a true craftsman and enjoyed woodworking, painting, coloring, gardening, solving jigsaw puzzles, and enjoying time with his family.

He was preceded in death by his wife of 64 years the former Madolyn Proch on December 6, 2016, brother Theodore Mykulyn, sisters Mary Newland, Magdalena (Marge) Cella, and his twin sister Elizabeth Nadolny.

Michael’s family would like to offer a Thank You to Wesley Village, West Nurses Station and Hospice of the Sacred Heart for the wonderful care and compassion given to the father.

Due to the current global state of emergency, funeral services will be private and held at the convenience of the family with interment in SS. Peter & Paul Ukrainian Greek Catholic Cemetery, Plains. Funeral arrangements entrusted to the Corcoran Funeral Home, Inc., 20 South Main Street, Plains, PA 18705.