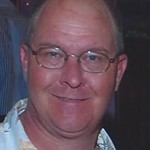 Born in West Pittston, he was the son of Michael J. and Bernadine (Wargo) Fedor of  Kingston.

Michael was a graduate of Wyoming Area High School, Class of 1974, and Luzerne County Community College with an associate degree in Business and Pharmacy Tech Certificate.

Michael was employed for Pride Mobility as a Tech /Controller and last worked for Caremark of Hanover Twp.  as a Pharmacy Tech.  He was formerly a volunteer for West Pittston Fire Company, Fire House #1 and also served as a Paramedic.

Michael was a member of SS. Peter & Paul Church, Plains and loved gardening.

Funeral will be held Friday, February 14, 2014, at 9:00 am from the Corcoran Funeral Home Inc. 20 South Main Street Plains, with a Mass of Christian Burial at 9:30 am in SS. Peter & Paul Church. Interment will be in St. John the Baptist Cemetery, Exeter.