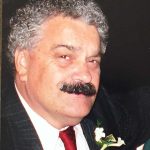 Michael J. Chrzanowski, of Plains, passed away on Sunday evening, March 11, 2018, at his home, surrounded by family.

Born on February 2, 1948, he grew up in the Midvale section of Plains. He was the son of the late Julian and Emily (Condo) Chrzanowski.

Mike was a member of the Plains Little League Baseball Team that reached the playoffs in the Little League World Series in Williamsport, PA in 1960. He graduated from Plains Memorial High School, class of 1966 and Johnson School of Technology. Mike retired from Quad 3 Group as a draftsman where he worked for many years. He was a proud Marine, serving during the Vietnam War and was actively involved in the Toys for Tots program.

Mike was a member of Saints Peter and Paul Church as well as the Polish American Citizens Club, Henry Citizens Club and the Plains American Legion, Joseph E. Conlon, Post 558 where he enjoyed playing cards and shooting darts. Mike was an avid sportsman who enjoyed hunting and fishing with his family and friends. He was known for his love for his family, his eye in catching memorable family photos, his organizational skills and his promptness.

In addition to his parents, Mike was preceded in death by his brother, Joseph Chrzanowski and infant great nephew Cooper Raub.

He is survived by his sister, Cindy Stark, of Plains and will be sadly missed by his nieces and nephews, Dawn Martinez, Donald Stark, Kelly Raub, Joshua Melton, and Jeremy Melton; great nephews, Darren, Dylan, Brett and Spencer Martinez, Donny and Jordan Stark, and Declan and Sawyer Raub.

Mike’s family would like to thank Dr. Saidman and the entire staff of Medical Oncology Associates and Compass Home Health for the compassionate care received during his illness.

The funeral will be held Friday, March 16, 2018 at 12:30 pm at the Corcoran Funeral Home, Inc., 20 South Main Street, Plains, PA, with a Mass of Christian Burial with Military Honors accorded by the United States Marine Corps and the Plains American Legion at 1:00 pm in Saints Peter & Paul Church, 13 Hudson Road, Plains, PA 18705, with Father John C. Lambert, Pastor, officiating. Private interment will be held in Sacred Heart Cemetery, Plains. Family and friends may call Thursday evening from 6:00 to 8:00 pm at the funeral home.