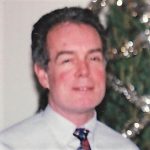 Michael F. McDonagh, 78 of Wilkes-Barre, passed away peacefully Tuesday, January 5, 2021 at The Gardens at Wyoming Valley, where he had been a resident for the past 4 years.

Born in Manhattan, NY, he was the son of the late Michael and Ellen (Moran) McDonagh, immigrants from County Mayo, Ireland.

As a young boy, Michael’s family relocated to the Bronx, NY and Michael was a graduate of Cathedral High School, the Bronx, Class of 1960. After his graduation, he went to Canada to study Latin in preparation for his entry into the religious life as a seminarian. He then enrolled at St. John’s University in St. Cloud, MN and began his religious studies with the Benedictine monks. Upon completion, Michael took his vows and was known by his religious name, Br. Harvey. He served several years at St. John’s Abbey in Collegeville, MN until he finally served at St. Anselm’s in the Bronx, NY.

In the 1970’s, Michael decided to leave the religious order and relocated to Washington, D.C. where he worked in a records-keeping company for about 20 years. While living in DC, he lived across the street from the “back door” of the Supreme Court Building and would often see one of the Justices coming and going. He enjoyed all DC had to offer to his love of history and politics.

Around 1999, Michael decided to move to the west coast to fulfill another desire of his – to live in San Francisco. There, he worked for the Sheriff’s Department and at a local movie theater. In 2005, he moved back east and settled in Wilkes-Barre, where he served as a lector at St. Mary of the Immaculate Conception Church in Wilkes-Barre and again at the local movie theater. He had a strong passion for film, so he loved his time at the theater. Throughout his life, Michael extensively traveled throughout Europe – he visited Ireland, France, and Italy. He even spent 3-6 month in Spain! Michael’s legacy will be his selflessness. Those closest to him know that he would give his last nickel to someone in need. He certainly was not a material man! Although Michael left the Benedictine order, the religious life never left him. Deep down, he is still Br. Harvey.

He was preceded in death by his parents and his brother James McDonagh.

Funeral services will be private and held at the convenience of the family. Arrangements entrusted to the Corcoran Funeral Home, Inc., 20 South Main Street, Plains, PA 18705.