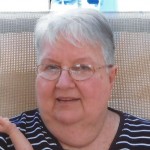 Born in Plains, she was the daughter of the late Michael D. and Isabelle H. (Hope) McGrady.

She as a graduate of Sacred Heart High School, Plains, and Wilkes-Barre Business School. She was employed as a dental assistant and was a member of SS. Peter & Paul Church, Plains.

She was preceded in death by her husband James A. Murphy on August 24, 1994, brother Michael “Buddy” McGrady, and her sister Peggy Corcoran.

The family would like to thank the staff at the Partridge Tippett Nursing Center at Wesley Village for the compassion and care given to their mother during her last days.

Funeral services for Honey will be private and held at the convenience of the family. Arrangements by the Corcoran Funeral Home, Inc., 20 South Main Street Plains, PA 18705.