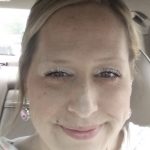 Born in Plains Township, she was the daughter of Gregory and Barbara (Carey) Baczmarga, Jr. of Harding.

Kristyn was a graduate of Tunkhannock High School and Empire Beauty School, Wilkes-Barre.

She was preceded in death by her son Derryck Ryan, and her brother Ryan Gregory Baczmarga.

Surviving in addition to her parents Greg and Barbara, are her son David Andrew, the Love of her Life and Fiancé Sonny Newman, brother Gregory Baczmarga III, and his girlfriend Sabrina, numerous aunts, uncles, and cousins.

According to Kristyn’s wishes, funeral services will be private from the Corcoran Funeral Home, Inc., 20 South Main Street, Plains, PA 18705.