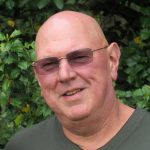 Born in Wilkes-Barre, he was the son of the late Peter A. and Stella (Dombkowski) Sukaloski, and was a lifelong resident of Hanover Twp.

John was a graduate of Hanover Area High School, Class of 1972.  He was employed as a welder/fitter at Air Products and Chemical of Hanover Twp., for over 40 years, retiring in 2017.  John was also a Master Plumber and was skilled in other trades, such as carpentry and electrical work.  He never hesitated to help his family or friends with builds or repairs.

He was a member of the International Association of Machinists and Aerospace Workers and The Fraternal Order of Eagles, Nanticoke.  Above his enjoyment for fishing, rides in his Mustang and the Wilkes-Barre Jr. Penguins Hockey, John was a family man.  At gatherings and parties of family and friends, you couldn’t tell who were family and who were friends.  Everyone was cherished and loved.

He was preceded in death by his wife of 40 years Linda (Szish) Sukaloski on May 23, 2014, sisters-in-law, Kathleen Sukaloski and Joanne Smith.

Funeral Services for John will be held Monday evening, March 12, 2018 at 7:30 pm at the Corcoran Funeral Home, Inc., 20 South Main Street, Plains, PA  18705.  Private entombment will be held at the convenience of the family at St. Mary’s Cemetery, Hanover, Twp.   Family and friends may call Monday evening from 5:00 pm until the time of service at the funeral home.

In lieu of flowers, Memorial Donations may be made to the Junior Diabetes Research Foundation (JDRF), 26 Broadway, 14th Floor, New York, NY  10004.