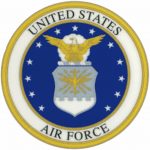 Born in Plains, he was the son of the late John and Anna (Vitchers) McCormick.

John was a graduate of Plains Memorial High School, Class of 1950, and was an Air Force Veteran of the Korean conflict, attaining the rank of Airman 1st Class.

John was employed as a shipping supervisor at Nicholson Division, Datron Systems, Inc., South Wilkes-Barre, and last at Wegmans in the produce department, retiring at the age of 81.

He was a member of the Christian Apostolic Church, Hilldale, the Plains American Legion, Joseph E. Conlon, Post 558, and the Boilermakers Union.

He was preceded in death by his wife of 58 years, the former Lorraine Palmaioli on July 26, 2014, sister Shirley O’Brien, brothers Joseph, Thomas, William, and James McCormick.

Due to the global state of emergency, funeral services will be held at the convenience of the family from the Corcoran Funeral Home, Inc., 20 South Main Street, Plains, PA 18705, with interment in the Italian Independent Cemetery, West Wyoming.

Memorial donations may be made to the Christian Apostolic Church 757 North Main Street Plains, PA 18705.