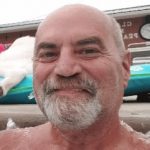 Born in Wilkes-Barre, he was the son of the late John J. and Therese A. (Baloga) Fetch.

Jack was a graduate of Archbishop Wood High School, Warminster, and Wilkes College, majoring in psychology. He was an avid skier and was a ski instructor at Jack Frost/Big Boulder for many years. In addition to his passion for skiing, he enjoyed camping at The Woods Campground in Lehighton. He was employed as a sales consultant in the construction industry.

A Celebration of Jack’s Life will be held and announced at a later date from the Corcoran Funeral Home, Inc., 20 South Main Street, Plains, PA 18705.