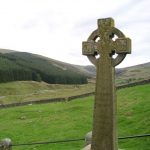 Born in Wilkes-Barre, John was the son of the late Joseph and Marie (Larkin) McGrady. He was a graduate of James M. Coughlin High School and was employed for the Veterans Medical Center, Plains, as a Nurses Aide and also worked in Medical Records department until his retirement.

John was an avid hunter and fisherman.

In addition to his Mother and Father, he was preceded in death by his Sister Linda and Brother James McGrady.

Arrangements are entrusted to the Corcoran Funeral Home Inc. Plains.