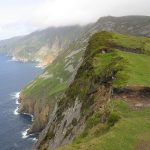 Born June 9, 1938 in Plains she was the daughter of the late John and Hazle (Howey) Gabel.

Jean was a graduate of Plains Memorial High School, Class of 1956, and was employed by Acme Markets as a checker and office clerk until her retirement in 1996.

Funeral Services will be held Wednesday, January 25, 2023 at 10:00 am at St. Stephen’s Pro-Cathedral Episcopal Church, 35 South Franklin Street, Wilkes-Barre, PA 18701. Entombment will be held in St. Mary’s Cemetery, Hanover Township. Family and friends may call from 9:00 am until the time of Mass at church on Wednesday morning. Arrangements entrusted to the Corcoran Funeral Home, Inc., 20 South Main Street, Plains, PA 18705.