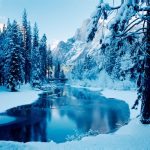 Born in Kittanning, PA, she was the daughter of the late Jot and Esther (Powell) Crum.

Jane was a graduate of Kittanning High School and was a housewife and homemaker all of her life. She was a Pittsburgh Steelers fan and wouldn’t miss watching a game. She was an avid reader and enjoyed crossword puzzles.

She was preceded in death by her husband John Gibson on January 31, 1989.

Private graveside services will be held at Indiantown Gap National Cemetery, Annville, PA at the convenience of the family. There will be no calling hours. Arrangements by the Corcoran Funeral Home, Inc., 20 South Main Street, Plains, PA 18705.

Memorial donations may be made to Celtic Hospice 601 Wyoming Avenue, Kingston, PA 18704.