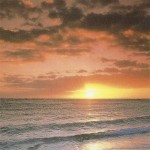 Born in Wilkes-Barre, she was the daughter of the late Thomas and Elizabeth (Mahle) James.

Jacqueline was a graduate of Elmer L. Meyers High School, Wilkes-Barre and was employed as a stenographer for the Social Security Administration until her retirement.

She was preceded in death by her husband Lee Novak, sisters June Finkelstein, Carol and Natalie James, and Sally Kinns, and her brother Robert Pintchuk

Surviving are her sister Margaret Shussler, Pahrump, NV, and several nieces and nephews.

Funeral services will be private and held at the convenience of the family from the Corcoran Funeral Home, Inc., 20 South Main Street Plains, PA 18705.

Memorial donations may be made to The SPCA of Luzerne County, 524 E. Main Street, Wilkes-Barre, PA 18702.