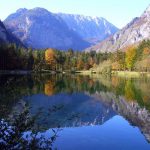 Born in Bear Creek, Jerry was the son of the late Reese and Elizabeth (Martin) Mosley.

He was a carpenter all his life working out of the carpenters union and last as a self-employed carpenter. He was a former member of The Messiah Primitive Methodist Church, Bear Creek.

He is preceded in death by his Brother Robert Mosley, Sister Betsy Klepatch, Grandchildren, Robert and Lia Cool.

In accordance with Jerry’s wishes, funeral services will be private and held at the convenience of the family from the Corcoran Funeral Home, Inc., 20 South Main Street, Plains, PA 18705.

Memorial donations may be made to The SPCA of Luzerne County, 524 E. Main Street, Wilkes-Barre, PA 18702.