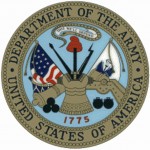 Gerald Dudeck, 76 of Plains Township, passed away Sunday morning, October 2, 2016 at the Wilkes-Barre General Hospital after a lengthy illness.

Born in Plains, he was the son of the late Stanley and Mary (Dankulich) Dudeck.

Jerry was a graduate of Plains Memorial High School, class of 1957, and was an Army Veteran of the Vietnam War serving from 1963 to 1965, attaining the rank of Specialist 4th Grade. He was employed in the construction industry for Sordoni Construction until his retirement in 2001. He was a member of Saints Peter & Paul Church, Plains, The Laborer’s Local Union 158, the Polish American Veterans, Hudson, and the ITLO Club, Hilldale. Jerry loved fixing lawnmowers for his friends from all over the valley.

He was preceded in death by his Daughter-in-law Wendy Joy (Thomas) Dudeck on June 28, 2006.

Funeral will be held Thursday, October 6, 2016 at 9:00 am at the Corcoran Funeral Home, Inc., 20 South Main Street, Plains, PA 18705, with a Mass of Christian Burial at 9:30 am in Saints Peter & Paul Church, 13 Hudson Road, Plains, with Father John C. Lambert, Pastor, officiating. Interment will be held in Mount Olivet Cemetery, Carverton section of Wyoming. Friends may call Wednesday evening from 5:00 to 8:00 pm at the funeral home.

Memorial donations may be made to the Charity of One’s Choice in Jerry’s memory.