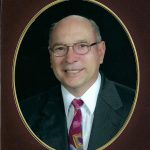 Frank J. Magdalinski, 78, of Laflin, passed away Saturday morning, July 16th, 2022 at his home after a courageous battle with leukemia.

He was born in Plains Township, the 11th of 13 children, to the late Anthony J. And Mary E. (Kovalick) Magdalinski.

Frank was the owner/operator of Anthracite Coal Craft, formerly Coal Manufacturing Distributing Company, Plains, which was established by his father in 1936. Over his career, Frank handcrafted many items out of coal that were presented to politicians, dignitaries, and professional athletes. Among his most memorable pieces were: a sculpted coal football which was presented by the citizens of Pottsville to the NFL Hall of Fame (a trophy commemorating the Pottsville Maroons as the 1925 football champions), the annual Melberger Award (presented to the outstanding player in Division III football), and the annual Pocono Bill France Award of Excellence (the award was presented by the Mattioli family to the individual or entity that made an outstanding contribution to NASCAR racing). He took great pride in sculpting a twin tower replica commemorating NYPD members from the 9/11 tragedy and restoration of the anthracite coal altar at King’s College chapel. He also worked many years for Centralia Coal Sales Company, maintaining the office building. During his “retirement”, he was a volunteer tour guide at the anthracite heritage museum.

Frank lived a life of service to others, and was often found fixing or building things in his spare time for people in his community. He received a Distinguished Service Award from Laflin borough in 2004 to honor his community service. In his honor, please perform an act of kindness or service to your family, friends and neighbors.

He was a lifelong member of St. Maria Goretti Church, Laflin, where he served as Eucharistic minister, Cantor, choir member, collection counter, two times chair of the parish festival, volunteer at the annual pasta dinner, and was a member of the Knights of Columbus. Frank was a lifetime member of the Laflin Volunteer Fire Department and served on the Laflin borough council for many years.

He was proceeded in death by his brothers Anthony, Joseph and Charles Magdalinski, and his sisters Eleanor Lynch, Marie MacDougall, Anne Marek, Rose Stegmuller, and Christine Piechota.

While we mourn Frank’s passing, we would like to celebrate the life he lived with great passion. In honor of the joy and color Frank brought to life, the family requests wearing colorful clothing to the Mass of Christian burial on Saturday, July 30th, 2022 at 10:00 a.m. at St. Maria Goretti Church, 42 Redwood Drive, Laflin, PA 18702. Inurnment will be held at Sacred Heart Slovak Cemetery, Dorchester Drive, Dallas, at the convenience of the family. Friends and family may call Saturday morning from 9:00 a.m. until the time of mass at the church. Arrangements are entrusted to the Corcoran Funeral Home, Inc., 20 South Main Street, Plains, PA 18705.

The Magdalinski family greatly appreciates the compassionate and professional care from Dr. Michalene Torbik, Dr. Bruce Saidman, Dr. Selina Luger and staff at the University of Pennsylvania hospital, the staff at General Hospital for Advanced Rehab, and the staff of Commonwealth Home Health. Additionally, Dr. Anthony Magdalinski, Frank’s nephew, who provided expert advice, guidance, and support. Finally, the family would like to recognize the Laflin Fire Department volunteers who stood watch and honored him by helping his transition to the Corcoran Funeral Home.

In lieu of flowers, memorial donations may be made to St. Maria Goretti Church, or to St. Vincent de Paul Kitchen, 39 East Jackson Street, Wilkes-Barre, PA 18701.