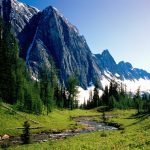 Born in Keystone, Frank was the son of the late Rinaldo and Mary (Menta) Lotzi.

He was a graduate of Plains Memorial High School, and was the owner/operator of FJF Coal Sales, for 40 years. He was a member of St. Maria Goretti Church, Laflin.

Frank was very active in politics and served as a Plains Township Commissioner from 1975-1982. He was also a member of the Northeast Rod and Gun Club, the Umbria Club, Keystone, and was an avid card player.

He was preceded in death by his brother Lawrence Lotzi and his sister Susan Mishianti.

A special thank you to Frank’s nephew, Dr. Bruce Baker for all of his guidance and thoughtfulness during Frank’s illness.