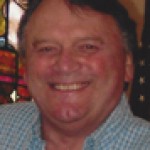 Eugene A. Burke, 68 of the Parsons section of Wilkes-Barre, passed away Saturday afternoon, August 16, 2014, at his home.

Born in Wilkes-Barre, he was the son of the late Eugene A. and Dorothy (Blaum) Burke.

Gene was an Army Veteran of the Vietnam War, serving for 3 years in Vietnam and Korea.  He was employed as an Iron Worker for Local 489 for 17 years and later became a self-employed photographer and owned Burke Photography of Parsons.

Gene was an avid soccer fan and had a passion for the sport like no other.  He was a pioneer for youth soccer in the Wyoming Valley and formed the Parsons Rowdies in the early 1980’s and later the Wilkes-Barre Celtic Club.  He served as President of the local chapter of U.S.S.F. referees and President of the Wyoming Valley Youth Soccer League.  He owned a soccer specialty store called Soccer 94 in Parsons for 8 years.

He was a member of St. Benedict’s Parish, Parsons, The NRA, Forks of the Delaware Historical Arms Society, and the Cody Museum, Cody, Wyoming.

He and his wife the former Margaret “Peg” Hogan celebrated their 44th wedding anniversary on January 24, 2014.

Funeral will be held Wednesday, August 20, 2014 at 9:30 am at the Corcoran Funeral Home, Inc., 20 South Main Street  Plains, PA  18705, with a Mass of Christian Burial at10:00 am in St. Benedict’s Parish, St. Dominic’s Church, 155 Austin Avenue, Parsons, with Father Joseph A. Kearney, pastor, officiating.  Interment with Military Honors will be held in St. Mary’s Annunciation Cemetery, Pringle.  Friends may call Tuesday from 5 to 8 pm at the funeral home.