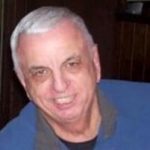 Born in Ft. Belvoir, Virginia, he was the son of the late Paul F. and Lucy Ann (Cybulski) Czwalina.

He was a graduate of Plains Memorial High School, Class of 1967.  After graduation, on July 10, 1967, Bob enlisted in the United States Army, serving during the Vietnam War, attaining the rank of Specialist 5th Grade.  Upon his honorable discharge from active service on September 9, 1970, he enrolled at Kings’ College, graduating in 1974 with a Bachelor’s of Science Degree.  He then furthered his education at the Pennsylvania College of Osteopathic Medicine, Philadelphia, Class of 1978, and completed his internship at Metropolitan Hospital, Philadelphia, the following year.

Dr. Czwalina returned to the Wyoming Valley and completed his residency training at Nesbitt Hospital, Kingston.  Following residency, Dr. Czwalina remained active practicing family medicine in Wilkes-Barre and is currently the Medical Director of the City of Wilkes-Barre.  He was also the Director of the Physician’s Assistant Program at King’s College for many years.    He was a member of the Pennsylvania Osteopathic Medical Association, the Pennsylvania Osteopathic Family Physicians Society, and the Plains American Legion, Joseph E. Conlon, Post 558.

To say that Bob was an avid Army Football fan would be a huge understatement.  For many years, he was a season ticket holder for the Army Football games at Michie Stadium, West Point.

He was preceded in death by his brother Paul Czwalina on August 4, 2017.

Doctor’s family would like to offer a special thank you to the nurses, staff, and aides at Allied Services Home Health and Allied Services Inpatient Hospice, and to Dr. Joseph Anistranski and the entire medical team at Geisinger for the wonderful care and compassion given to their colleague and friend.

Funeral will be held Wednesday, November 10, 2021 at 9:30 am from the Corcoran Funeral Home, Inc., 20 South Main Street, Plains, PA  18705, with a Mass of Christian Burial at 10:00 am at Saints Peter and Paul Church, 13 Hudson Road, Plains, PA  18705, with Father John C. Lambert, Pastor, officiating.  A Live Stream of the Funeral Mass will be on Saints Peter & Paul Parish FACEBOOK page. Interment with Military Honors accorded by the United States Army and the Plains American Legion Funeral Honors Detail will be held in the parish cemetery, Plains.  Family and friends may call Tuesday evening from 5:00 to 7:00 pm at the funeral home.

In lieu of flowers, memorial donations may be made to Legacies Alive, P.O. Box 382, Beaver Falls, PA  15010 or by visiting www.legaciesalive.com.