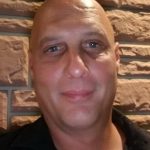 He was the beloved and cherished son of the late Joseph M. Gaydos and Carol Spinicci Gaydos whom he called his best friend.

He was the loving brother of Christopher and Jason and devoted father of Audrey, the light of his life.

Craig was born on April 6, 1970 in Kingston, PA and was a graduate of West Side Tech and a veteran of the Navy. After his discharge from the military, he traveled to Hilton Head Island, SC where he found his niche in the hotel restaurant industry and he remained there for eight years before returning to Kingston.

Craig was the consummate people person, what you saw was always what you got from him. And if you were lucky enough to know him what you saw was a truly generous, easy going, fun loving human being who genuinely cared about others without prejudice.

The outpouring of love for Craig on social media has been nothing short of amazing. His very first BFF wrote “Craig was the man I wish I had the guts to be. He was never one to sit around and wait for things to happen. He made things happen. His many travels and many friends made along the way are a testament to that. I’m so humbled and grateful to have known him for as long as I did.” He loved entertaining and especially enjoyed whipping up tasty delights for friends and family.

An offer of new employment in Bethany Beach, Delaware prompted Craig’s move there in 2019. Prior to his departure from PA, he was employed at Perugino’s Restaurant and Grico’s Catering. At the time of his untimely death, Craig was employed by Marriott’s 99 Sea Level and by the Salted Rim. He gave in death as he gave in life in hope that others might be given a second chance by his organ donation.

In addition to his father, he was preceded in death by his beloved grandparents, Joseph J. and Marie Gaydos and Alfred and Alice Spinicci. Also, his much-loved Uncle Sam.

He is survived by his mother, brother, daughter, aunts and uncles, many dear cousins, including Valeri and Todd who have provided immeasurable support at this difficult time and his innumerable number of friends.

He will be missed more than words can say, but the memories of the special person he was will forever remain in our hearts. A special event for friends and family in Delaware was hosted by Marriott’s 99 Sea Level in Craig’s honor.

Arrangements have been provided by Corcoran Funeral Home, Inc., longtime friends of the family. Although no services will occur at this time, a Celebration of Life will be held at a future date.