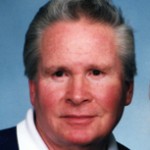 Born November 7, 1925 in Larksville, he was the son of the late Claude E. Keller, Sr. and Blanche (Powell) Keller. Claude was a graduate of Larksville High School, class of 1943 and was a U.S. Navy Veteran during World War II serving as an Electrician’s Mate from 1943 to 1946 in the Pacific. He attended Bucknell University Junior College (Now Wilkes-University), and was employed at General Electric in Philadelphia, as well as IBM as a Building Plant Engineer in Kingston, NY., Huntsville, AL, and Manassas, VA. He was an electrical engineer for IBM for over 35 years. Claude was an avid runner.

He was preceded in death by his wife of 61 years, Patricia McHugh Keller on December 3, 2011, and his sister, Betty Lamoreux.