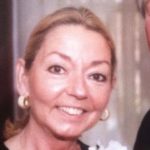 Claire Jones, 74, of Wilkes-Barre passed away on Tuesday, August 27, 2019 surrounded by her loving family.

Born in Wilkes-Barre on September 10, 1944 she was the daughter of the late John and Stephanie (Guckwa) Fedak.

As children, Claire and her twin sister Carol were talented tap dancers. They performed in Atlantic City, at Madison Square Garden, and opened the Tony Grant Show weekly as the Tony Grant High Hat Steppers. Claire and Carol also starred in live commercials. They often joked about their career ending commercial for Purvin Milk, where Carol thought it would be funny to blow bubbles in her milk, causing Claire to spit milk out on live television. Claire also laughed about turning down the opportunity to perform on the Ed Sullivan Show so that she could become a high school strutter. Claire was a 1962 graduate of Elmer L. Meyers High School.

Prior to raising her family, she became a legal secretary for Fahey Casper & Khron, and later a state stenographer for the Bureau of Vocational Rehabilitation. Claire and her husband were the proprietors of Claire’s Tavern, in Ashley.

Claire fiercely loved her family and modeled strength, grace, and loyalty while raising her daughters. She enjoyed spending time with her family, traveling, nature, Hallmark movies, and animals; especially her pet squirrel Jordan. She was well known for her humor, as well as her kind and generous spirit. She always put others before herself; especially her family. Her warm and welcoming nature brightened the lives of everyone who knew her, and she will be sorely missed.

Claire was preceded in death by her husband of 47 years, William Jones on June 22, 2012, and her twin sister Carol Linkiewicz.

Funeral services for Claire will be held Friday, August 30, 2019 at 10:00 am at the Corcoran Funeral Home, Inc., 20 South Main Street, Plains, PA 18705, with Father Joseph Elston, officiating. Interment will be held in St. Mary’s Cemetery, Hanover Twp. Family and friends may call Thursday evening from 6:00 to 8:00 pm at the funeral home.