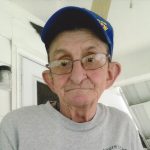 Carl W. Engle, “AKA BUG”, 72 of the East End section of Wilkes-Barre, passed away Monday morning, November 24, 2019 at Timber Ridge, HCC, Plains, where he had been a resident for the past 3 ½ years.

Born in Wilkes-Barre Township, he was the son of the late Clayton A. and Charlotte A. (Welch) Engle.

Carl attended Wilkes-Barre Area Schools and was employed at Neddoff’s Restaurant, Wilkes-Barre, for many years, until his retirement. He was an avid Green Bay Packers Fan.

Known as “Uncle Carl” in East End, he enjoyed riding his bike everywhere and loved to shoot darts in various dart leagues.

He was preceded in death by his brothers Almann, Clayton, Daniel, and George Engle, sisters Shirley Ruggere, Dolores Bender, Elizabeth Campi, and Fay Davis, and his brother-in-law and Best Buddy, George Wolfe, Sr.

Surviving are his sisters, Georgette Wolfe, with whom he resided all of his life, Lillian Engle, Nanticoke, and Lottie Shultz, Wilkes-Barre, several nieces and nephews, including Danielle O’Donnell, George Wolfe, and Jeff Wolfe, who resided with Carl and were raised like siblings with Carl.

Carl’s family would like to thank the nurses and staff of Compassionate Care Hospice and the staff of Timber Ridge for the wonderful care given to Carl.

Funeral Services for Carl will be held Friday afternoon, November 29, 2019 at 4:00 pm at the Corcoran Funeral Home, Inc., 20 South Main Street, Plains, PA 18705, with Rev. Martin Everhart, officiating. Interment will be held in Denison Cemetery, Swoyersville, at the convenience of the family. Family and friends may call Friday afternoon from 2:00 to 4:00 pm at the funeral home.