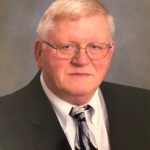 Bernie J. Bartoli of Plains passed away peacefully on Friday, November 20, 2020 at Geisinger Wyoming Valley Hospital, Plains. To say Bernie was a people person would be a vast understatement. He sought out and engaged people whether or not they asked, and in the end left them smiling.

He was born in Pittston, Pennsylvania in 1939, son of the late Eugene and Stephanie (Halicki) Bartoli. As a young man, Bernie attended and graduated from Marymount High School and King’s College, both of Wilkes-Barre, Pennsylvania, and worked for his father’s business, CBM Coal Company until 1977 when he took over A.J. Lupas Insurance Agency as its President. Throughout his life, Bernie was an avid hunter who loved spending many weekends with family and friends at his beloved hunting cabin in LeRaysville, Pennsylvania. No matter what was going on in life, his visits to the cabin were some of his favorite times – that, and going out to eat at his favorite restaurants.

He embraced life fully, right up until the end. He is survived by his four children and their spouses: Judy Vobroucek and her husband Kevin, Gino Bartoli and his wife Jackie, Maria Riordan and her husband Kevin, and Shelley Jones and her husband Chris; his grandchildren: Nick Giovanelli, Anthony Bartoli, Angela Padula, P.J. and Jack Compagnino, Courtney, Maggie, and Kay Jones; five great-grandchildren; nephew Gino Bartoli and Bernie’s loving companion of 26 years, Lois Johnson; as well as many other close family and friends.

On behalf of Bernie, the family would like to extend their thanks to Dr. Greenwald and Bernie’s doctors, nurses, and caregivers that helped give him comfort and friendship – especially during these last few months.

Bernie will be honored with a Mass of Christian Burial at St. Maria Goretti Church, Laflin, and a Celebration of Life at a date to be announced in consideration of the global public health crisis.
Arrangements entrusted to the Corcoran Funeral Home, Inc., 20 South Main Street, Plains, PA 18705.