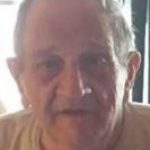 Bernard F. Gorski, Jr., 85 of the Miners Mills Section of Wilkes-Barre, passed away Wednesday evening, April 17, 2019 at his home.

Born in Wilkes-Barre, he was the son of the late Bernard F. and Genevieve (Mosciejewski) Gorski, Sr.

Bernie was a graduate of James M. Coughlin High School, Wilkes-Barre, and was an Air Force Veteran of the Korean War, attaining the rank of Airman 1st Class. He was employed as a machinist at Atlas Chain, Pittston and last for Luzerne Metal, until his retirement.

He was preceded in death by his wife of 59 years, the former Frances A. Stanford on February 27, 2019, son-in-law, Michael Lazovich on January 10, 2019, and his sister Charlotte Olson.

Funeral Services for Bernie will be held Holy Saturday, April 20, 2019 at 10:00 am at the Corcoran Funeral Home, Inc., 20 South Main Street, Plains, PA 18705. Interment with Military Honors accorded by the United States Air Force will be held in Mount Olivet Cemetery, Carverton section of Wyoming. Family and friends may call Saturday morning from 9:00 to 10:00 am at the funeral home.

Memorial donations may be made to the Children’s Hospital of Philadelphia (CHOP), 3401 Civic Center Blvd., Philadelphia, PA 19104 or by visiting give.chop.edu.

For additional information or to leave Bernie’s family a message of condolence, please visit www.corcoranfuneralhome.com.