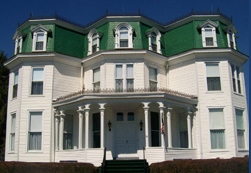 History of the Corcoran Funeral Home 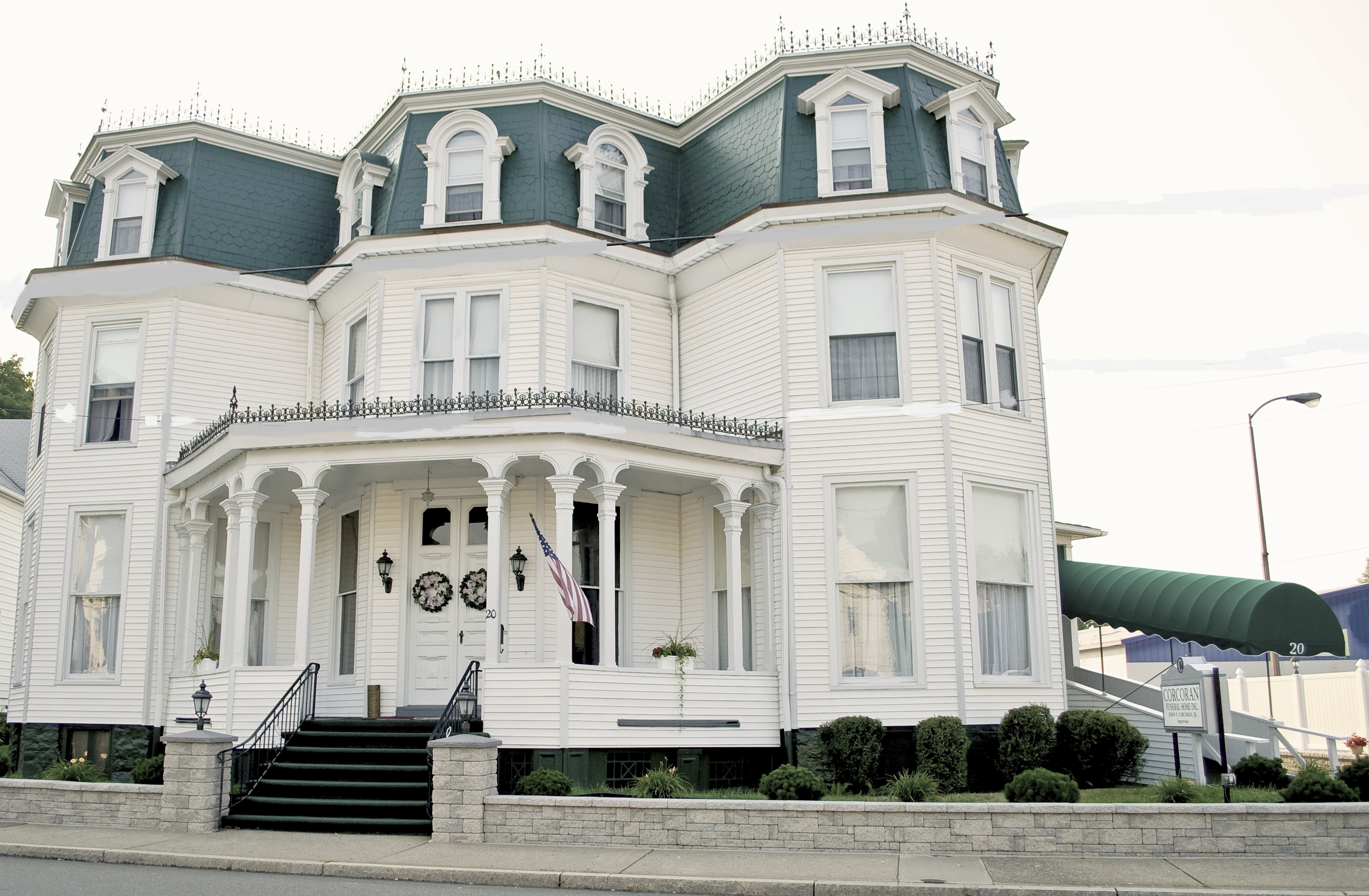 The Corcoran Funeral Home is a family owned business dedicated to taking care of the needs of families during the hardest time of their lives. The business was founded by Hugh W. Corcoran and his wife, the former Marie G. Mattick in January of 1935. The original business was located at the Corcoran Family Home at 134 North Main Street, Plains, during a time when funerals took place at the home of the deceased. In 1945 Hugh and Marie Corcoran moved their family home and business to 99 Henry Street in Plains where they raised 6 children, until 1955. In a time when the funeral industry began to change to Funeral Homes, Hugh and Marie purchased a three-story Victorian Home in the center of Plains Township located at 20 South Main Street. The home was built by Dr. Peter Shrive in 1877, and served as his residence, pharmacy, and doctors office. Upon Dr. Shrive’s death in 1893, the house was then occupied by Dr. Amos Arthur Barton. In 1955 Hugh and Marie purchased the home on Main Street to serve not only the people of Plains Township but also as their family residence. Upon Hugh’s death in 1973, ownership transferred to his son John P. Corcoran, Sr. He successfully ran the business with his mother Marie until her passing in 2001. The funeral home is now run by John and his son John, Jr. and son-in-law Andy. 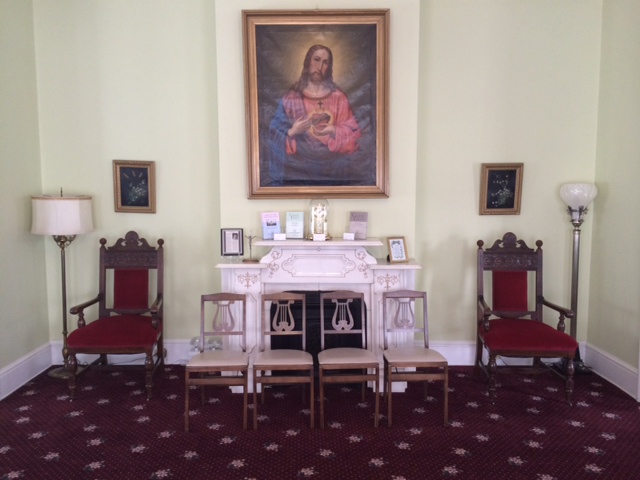 John P. Corcoran, Sr. is a graduate of Sacred Heart High School, Plains. He attended Wilkes-Barre Business College, Kings College, Wilkes-Barre, and the Pennsylvania State University, Worthington Campus . He graduated Simmons School of Mortuary Science, Syracuse, NY, September 1973, where he served as class treasurer, and received his Funeral Director’s License in January of 1975. He is a member and Past-President of the Plains Lions Club, has served as District Zone Chairman, and is a Melvin Jones Fellow, the highest award in Lionism.

Mr. Corcoran is married to the former Marilyn Wolyniec of Plains Twp. and they have three children, sons John, Jr. and his wife Jane, Kevin and his wife Jenn and a daughter Erin (Corcoran) Herman and her husband Andy and seven Grandchildren, Logan, Connor, and Owen Herman, Olivia and Noah Corcoran, and Ava and Mya Corcoran. John and Marilyn are life-long members of Sacred Heart Church, Plains, where John served as Past President of the Parish Council, Past President of the Holy Name Society, and Past Chairman of the School’s Grand Reunion. Upon Sacred Heart’s closure and merger, they are now members of Saints Peter & Paul Church, Plains, where he serves on the Parish Council and as a lector.  They reside in Plains Twp. 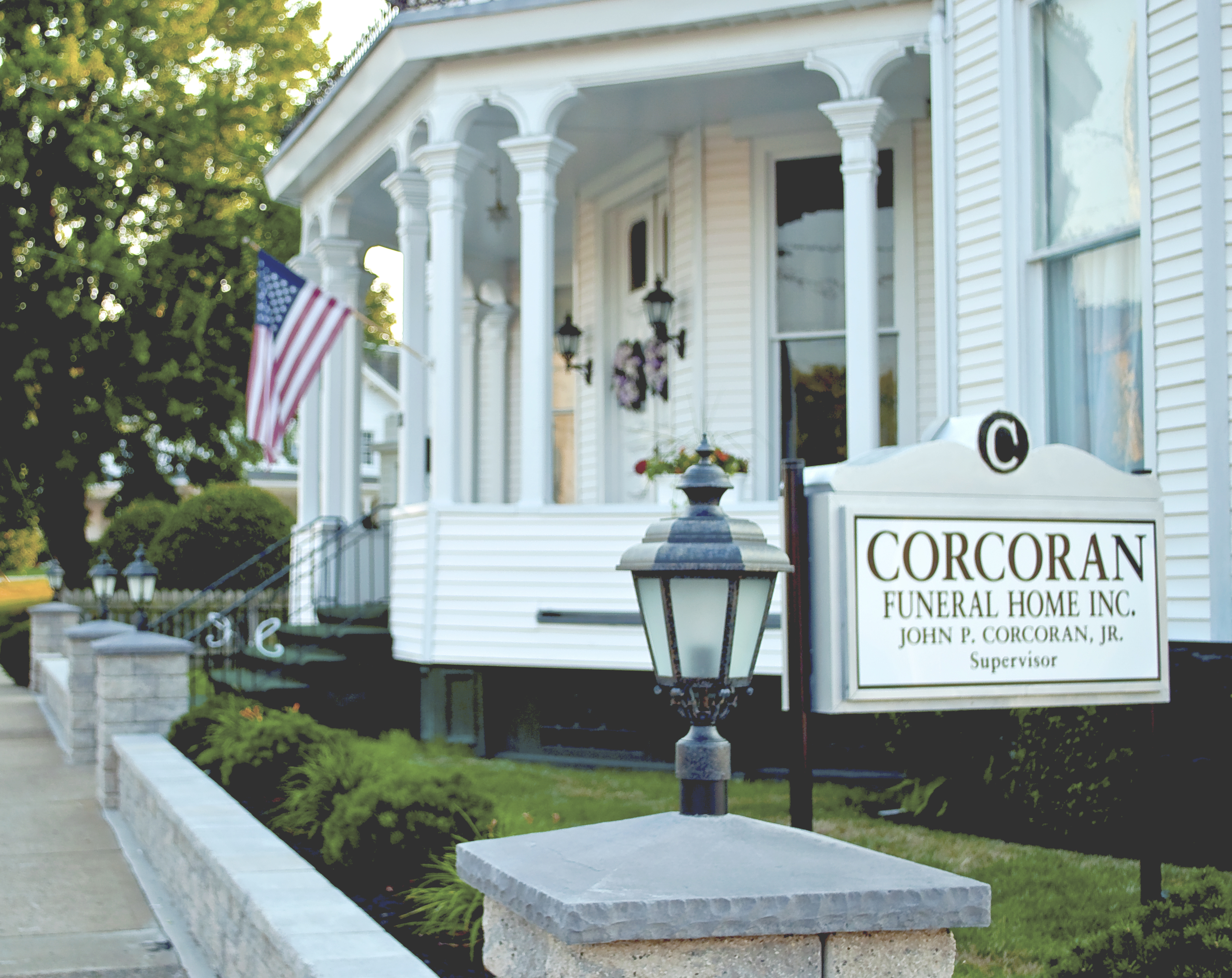 John P. Corcoran, Jr. is a graduate of the Centennial Class of James M. Coughlin High School, Wilkes-Barre, in 1990.  He attended the Pennsylvania State University and was a graduate of Simmons Institute of Funeral Service, Syracuse, NY in September 1993. While at Simmons Institute he was a member of the Sigma Phi Sigma Academic Fraternity where he served as Secretary and Sergeant-At-Arms. He received his Funeral Director’s License in January of 1995. He is a member of the Plains Lions Club since 1994, has served as Past-President of the club, and is a Melvin Jones Fellow, the highest award in Lionism. He is married to the former Jane Dessoye of Pittston Twp., and they have two daughters, Ava and Mya. He and his family are members of St. Maria Goretti Church, Laflin. They reside in Plains Twp. 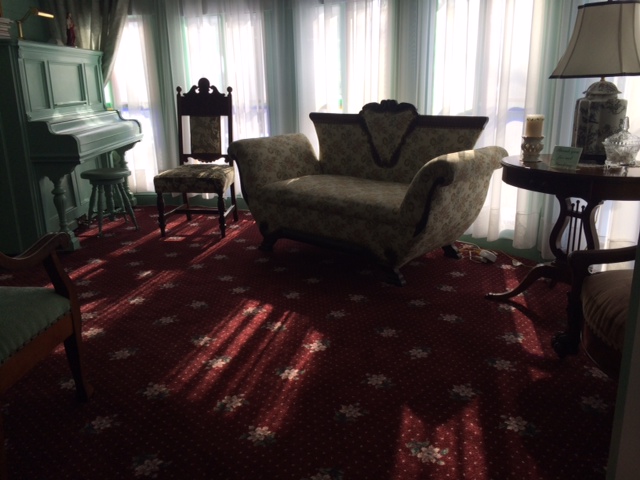 Kevin M. Corcoran is a graduate of James M. Coughlin High School, Wilkes-Barre. He received a Bachelor of Arts Degree is Sociology from the University of Pittsburgh and a Master’s Degree in Social Work from Marywood University, Scranton. He completed Mortuary School from Northampton, Bethlehem, PA in 2007. He is married to the former Jennifer Santos. They have a daughter, Olivia and a son Noah. He is a member of St. Therese’s Church, Shavertown. They reside in Shavertown, PA. 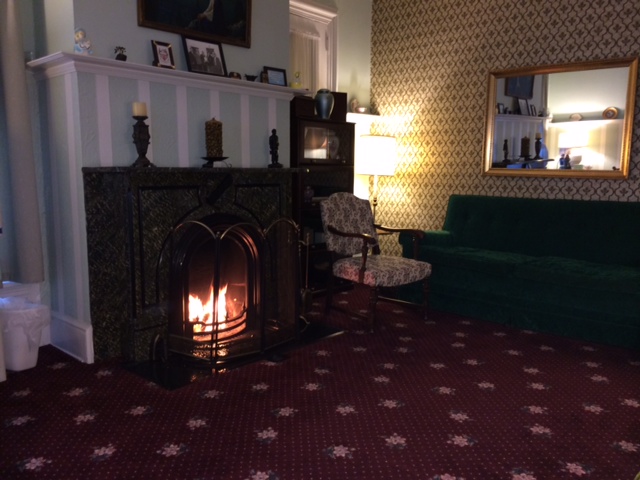